What a great time we all had at Joanne’s beer & beads!  Earlier in the day the weather was just awful and is what I think held some people back from coming out but we still had a good turnout. 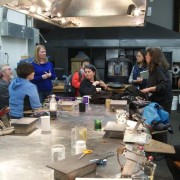 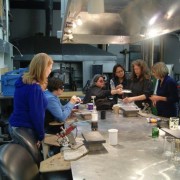 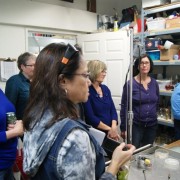 Joanne demonstrated coldworking of glass beads using various equipment.  Her demonstrations included using a flat lap to grind the glass flat as well as how to make your own grinding area using a piece of window glass, sanding grit and water. She then moved on to the sanding belt which is used for smoothing and polishing the glass. 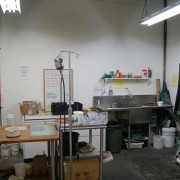 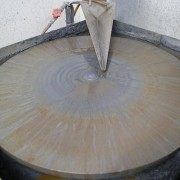 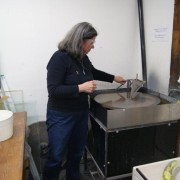 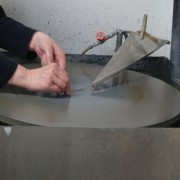 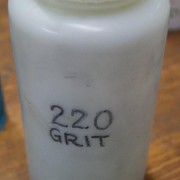 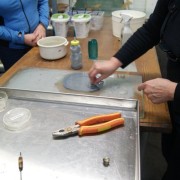 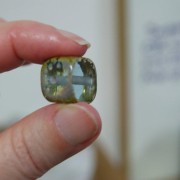 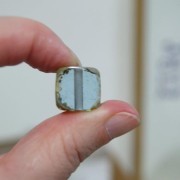 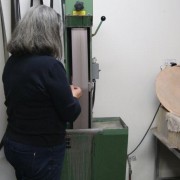 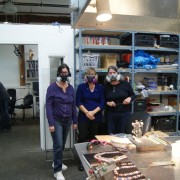 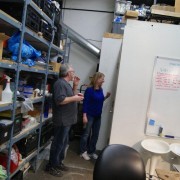 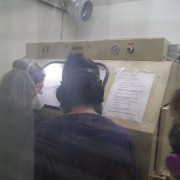 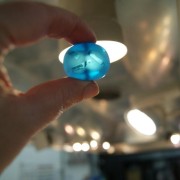 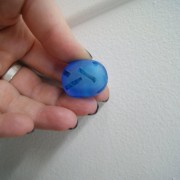 Other methods of cold working your glass beads would be to carve them.  I made a large bead with a number of layers of different colored glass which was in the annealer when I left.  The plan is to carve it so the various layers show through in certain areas.  That picture will follow as soon as the carving gets done. 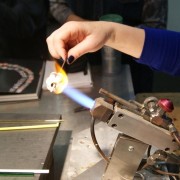 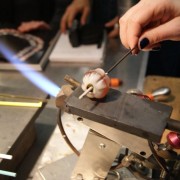 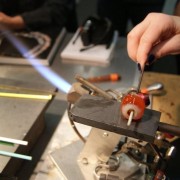 Don’t miss the next Beer & Beads which will be held at Debbie’s studio.  Stay tuned for details.

January’s beer & beads will be hosted by Joanne Andrighetti of Andrighetti Glassworks.  Things start at 6:30 so don’t be late!  The theme is …

Joanne will demonstrate how to alter your cold beads with faceting and cutting using the lap wheel and belt sander at the co-op. There are commercially available smaller versions of the equipment suitable for home studios and of course, the equipment is accessible to co-op members after a brief orientation. 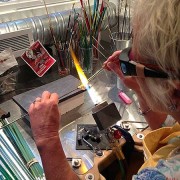 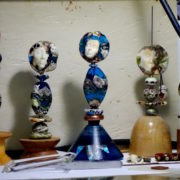 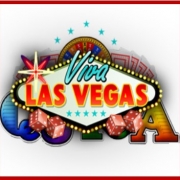 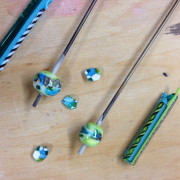 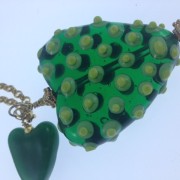 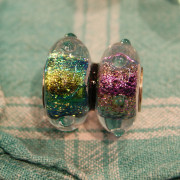 he had me at dichro … 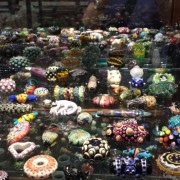